Hope you all had a lovely Easter and loving the lo

A stack of books to end the week! I have a new blo

Reminiscing about these delicious pizzas from @eat 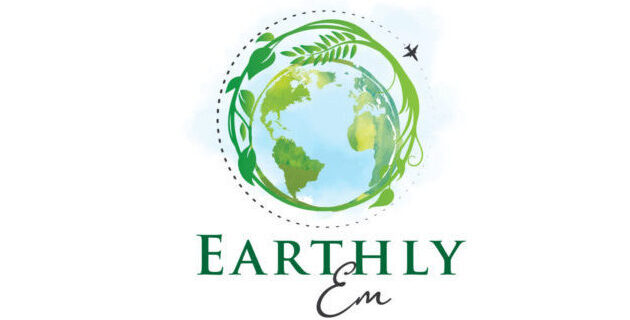 Now that I’m on annual leave, I’ve had time to catch up on a few TV programmes that I’ve been meaning to watch for quite a while. I’ve always loved crime dramas, but documentaries were a new format for me to tackle in that genre, and I have to say, I really enjoyed it! It feels very different to drama shows, obviously, but there are also a lot of different things that you can play around with in a documentary to make it interesting and unique, and that’s what I loved about the 3 true crime documentaries on Netflix I’m going to talk about today!

While all of these documentaries are about crimes that took place in the US, I have also watched a few others set in the UK, and any recommendations are welcome!

Similarly, I also have a post about my top 5 Netflix feel-good shows that you can have a look at if you’re in need of a good laugh!

Sons of Sam: A Descent Into Darkness

First up, we have the Sons of Sam documentary! This documentary is all about the Son of Sam killings and David Berkowitz, who attacked eight people and killed six in New York City in the mid-1970s. The documentary itself was less about the killer and his capture, which happened over the course of one episode, and centred more around the larger plot and alternate theories (and conspiracy theories) that journalist Maury Terry was trying to uncover right up until his death in 2015. Terry believed that Berkowitz didn’t act alone when he committed the crimes and that he was part of a wider Satanic cult that ordered the killings.

I really liked that the documentary was “narrated” by Terry – the producer who was a close friend of Terry actually narrated it, and used both of Terry’s books to write his narration. It really added something to the story, it acted as a guiding thread for all four episodes and was an insight into his thoughts over the years about the case. Since the whole case is rooted in Satanism, we really delved deep into Satanic America in this documentary and other major Satanic crimes were also referred to. It was so interesting to learn about! I also found interesting to have the perspective of a survivor on the whole tragedy.

While I did enjoy the documentary overall, I found the focus on Maury Terry’s obsession a little bit uncomfortable to watch at times. I think some of his theories had a lot of credibility to them and could by all means be true, but others were more far-fetched and less believable. He notably interviewed David Berkowitz himself twice, and while the first time seemed genuine, in the second interview it was obvious that Terry was fishing for answers and suggesting to Berkowitz the things that he wanted to hear in order to confirm his own theories. As the years went on, it seems to me that it became less of a journalistic focus to him and more of a personal story that he had to see through and he wanted so badly to be right about it all.

I would also probably not recommend you watch this documentary first if you’re a true crime newbie; it’s a lot to take in in only four episodes and not all of it was interesting!

Night Stalker: The Hunt For A Serial Killer

The documentary retraces the killing spree and subsequent capture of the so-called Night Stalker, Richard Ramirez, who killed over 20 people in Los Angeles in the mid-1980s, and even more in California.

I found the documentary both very disturbing and fascinating at the same time. Disturbing, because learning about who Ramirez was and what he did was really hard. He was clearly mentally disturbed, a real sociopath who had no remorse whatsoever, and the kind of person that makes you lose faith in humanity. But it was also fascinating to have an insight into how the investigation to find him unfolded, everything that went wrong, and finally the way he was caught.

I feel that the real strength of the documentary was the two narrators, who were the two detectives assigned to work that case. I don’t think the story would have had as much of an impact had it not been retold by them, because you could really feel like you were there with them, they were brilliant at conveying their feelings and walking you through the chase, it was really like you were there with them. I also really liked the fact that there was a real emphasis placed on the victims, who they were, what their lives were like, and that we had the perspectives of the family of the victims on the killings. I find that most of the time, the focus of crime documentaries is solely on the perpetrator, and little attention is paid to the victims: in this one, they truly made sure that the victims were remembered, the killings weren’t glorified and we didn’t learn anything about Ramirez or his past until the last episode, and his actions weren’t excused which was welcomed. It was a truly chilling documentary, and I did have to make sure my doors were properly looked for a few nights after watching it! It was probably my favourite out of the 3 true crime documentaries on Netflix! If you are interested in watching it, I would only warn you to be careful if you are a bit squeamish, because the documentary did show real crime scene photos, with blood and dead bodies.

Also, can we talk about how little security American houses have?! A murder spree like this would never happen in the UK… Don’t they lock their doors?!

This Is A Robbery: The World’s Biggest Art Heist

Finally, we have This Is a Robbery. This was probably my favourite documentary out of the three! It was honestly mesmerising. The documentary recounts the story and unsolved case of the art heist that happened in Boston in 1990 at the Isabella Gardner museum.

I really, really, really loved this documentary! I was hooked from episode one, and it only got better from there. Unlike the other two, there were no distinguishing features like an original narration or innovative outlook on famous crimes, it is just the pure retelling of the story from the perspectives of the people who were involved in it. Your classic documentary, basically, but to be honest it didn’t need a unique feature to be interesting, because the mystery surrounding this heist is so puzzling!

I found the way the documentary was put together really interesting and fun to watch. They first went through what happened, then worked through theories about who could have pulled off the heist, and the way it sort of went in circles and came back to the same people was really well done! They explored all of the different paths the investigation went into (or didn’t go into!) and I liked that they didn’t just focus on the most extravagant possibilities, but kept it real and raw about why the case hasn’t been solved yet. It also had a funny side to it, with people like Myles Connor (a famous art thief) being interviewed. He knew how to play with the audience and keep your interested in the story!

I will say, that by the fourth episode, things were starting to feel a little bit repetitive – the same images and theories were basically being repeated for the last half hour to an hour, and I feel that they could have wrapped it up in three episodes instead.

What have you been watching and loving recently? Let me know if you’ve watched any of these 3 true crime documentaries on Netflix!

Hope you all had a lovely Easter and loving the lo

A stack of books to end the week! I have a new blo

Reminiscing about these delicious pizzas from @eat